Surrounded by oil paints and pencils, spatulas and turpentine since he was born, Fernando de Ana has been creating his own universe, reinventing the traditional Spanish painting that has been so present throughout his life. While his ancestors delighted in still lifes, Fernando de Ana wanted to explore more contemporary languages, working first as an illustrator and creator of cartoons, receiving many international awards. He later immersed himself in design and the avant-gardeness of the Dutch, where he combined his artistic work with being an art director for more than a decade. His work has been exhibited in Prague, Bologna, Amsterdam and London, among other cities, and has been selected for and awarded in different art competitions.

His maturity as an artist comes from that transversality of influences and symbiosis of classic and avant-garde references. Away from his comfort zone, Fernando de Ana uses his own language in which emotions take precedence over structure. His way of seeing the world is represented in his work: human relationships marked by sex, loneliness and melancholy, anxiety as a catalyst for art, spiraling obsessions, repetition of patterns, morbidity stirred with tenderness, infiniteness, and frustrated innocence are all concepts that motivate him.

Look at a painting. Look at yourself. In a frame. Within. Fernando de Ana’s works emphasize the power of resin, a material for which he is known for, to capture the viewer’s attention. We are facing a game of seduction. A fun, sensual one. Seriously. A game in which perhaps, if you dare, you will end up discovering things about yourself that you did not see before.

And this interaction only depends on two things: you and your shadow. Fernando de Ana’s paintings are offered as a channel of communication to connect the light and dark parts of the soul. They serve as a catalyst; a trip where there are reflections, transparencies, different intensities, fogs, geometric limits, and risks. There are also distortions, because what is essential and real is up for interpretation and depends on what meaning you give it.

Another important element in Fernando de Ana’s works is neon, which multiplies the contradictions and ambivalences of the resin. It is an original and novel variable that alters the equation: the colors change if it is on or off, the paradoxes multiply, and confusion is created. The neon is a reminder of one’s own fragility and the passage of time.

To make this whole universe possible, Fernando de Ana appeals to your eyes. It cannot be otherwise. There is no work until you look. There is no light without darkness. And it’s not easy: you have to be very brave to honestly see what you’re made of. 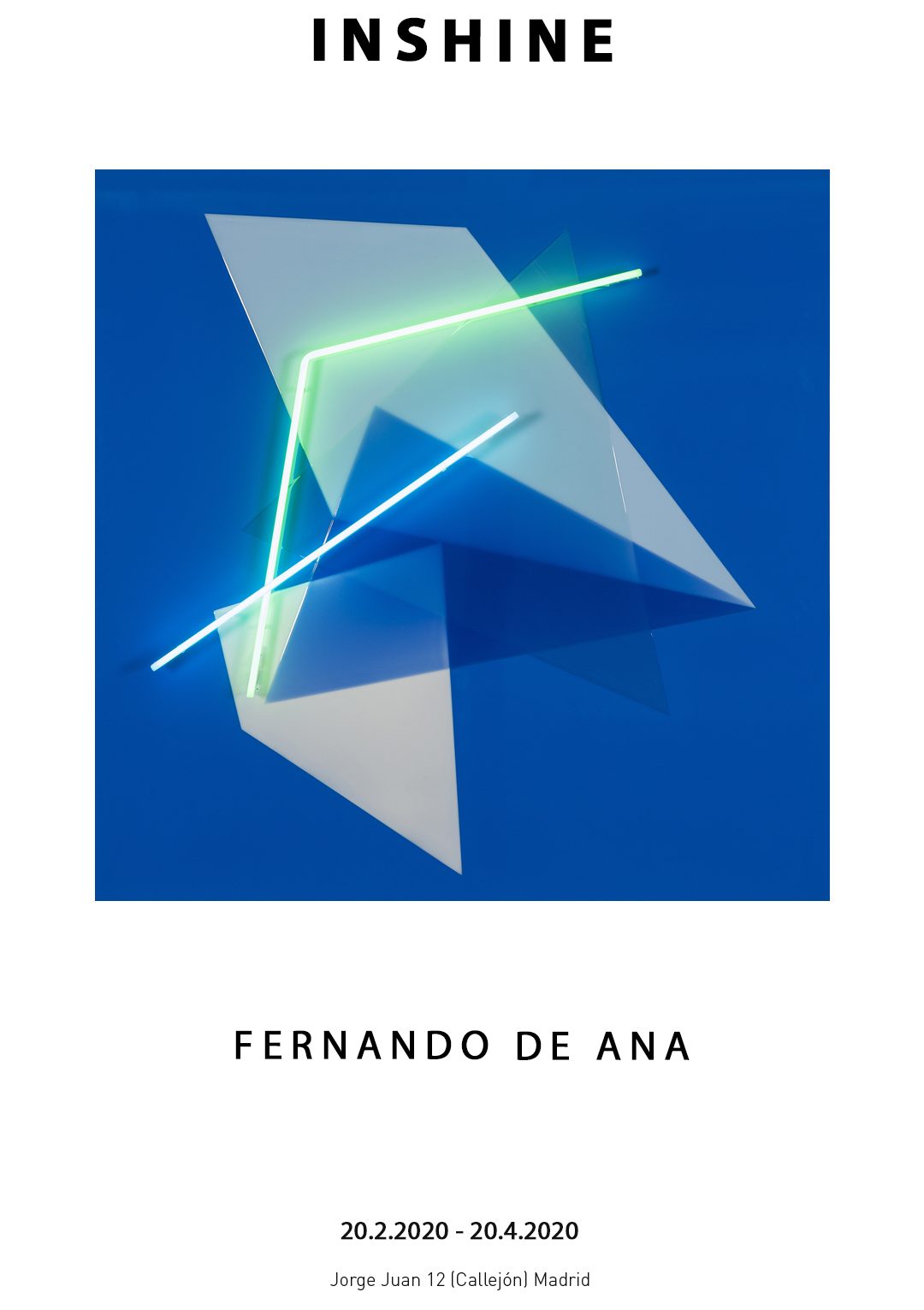 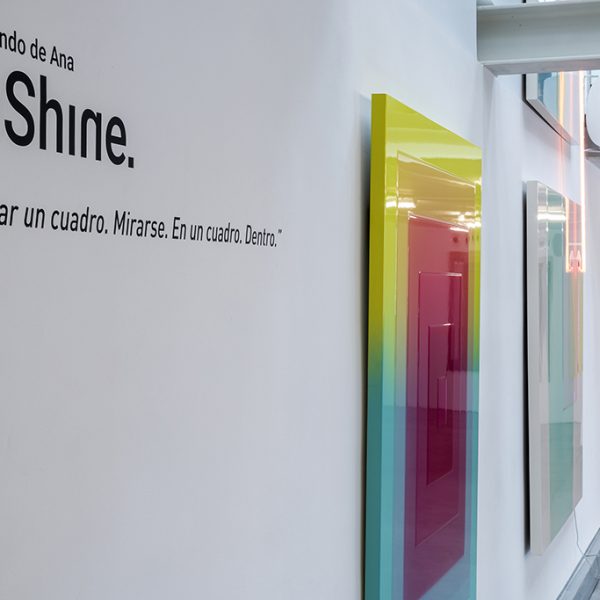 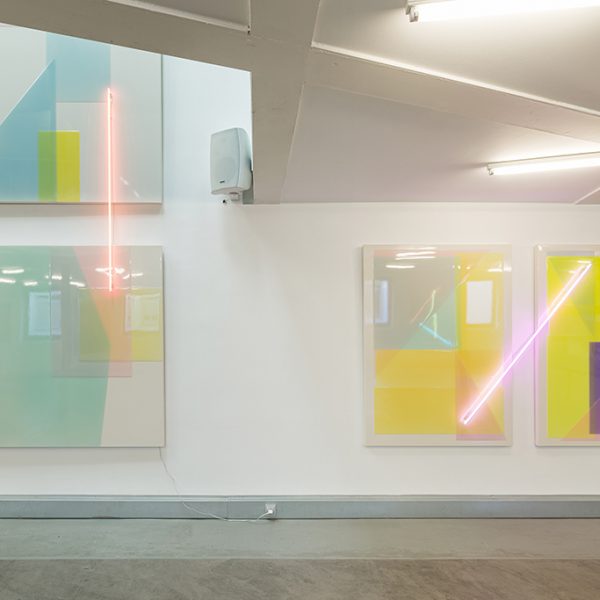 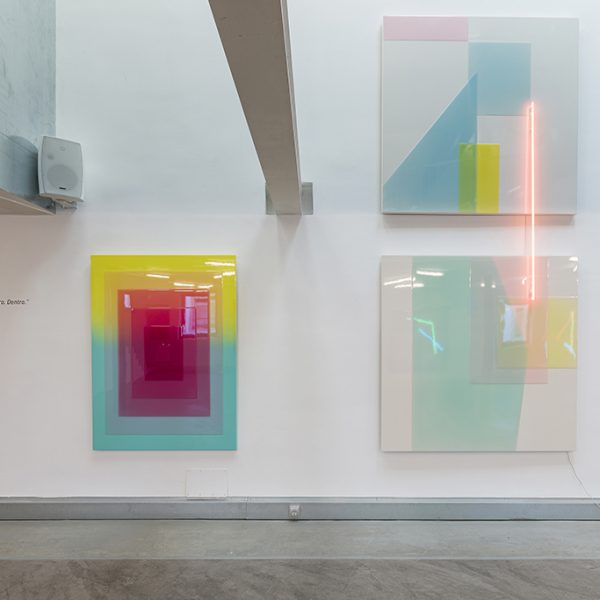 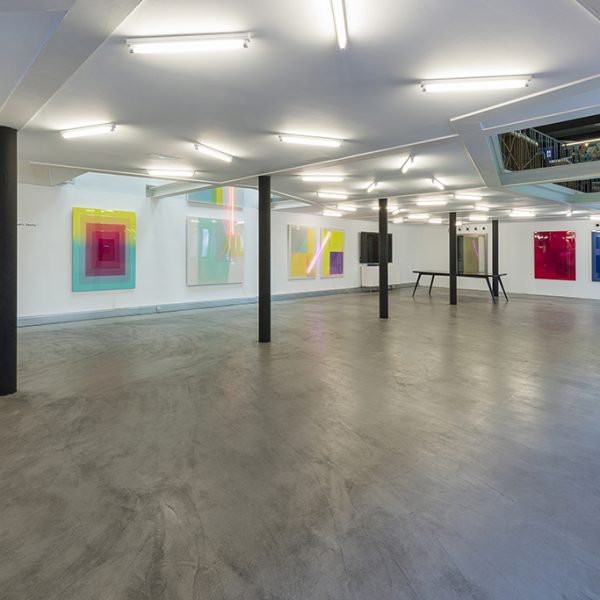 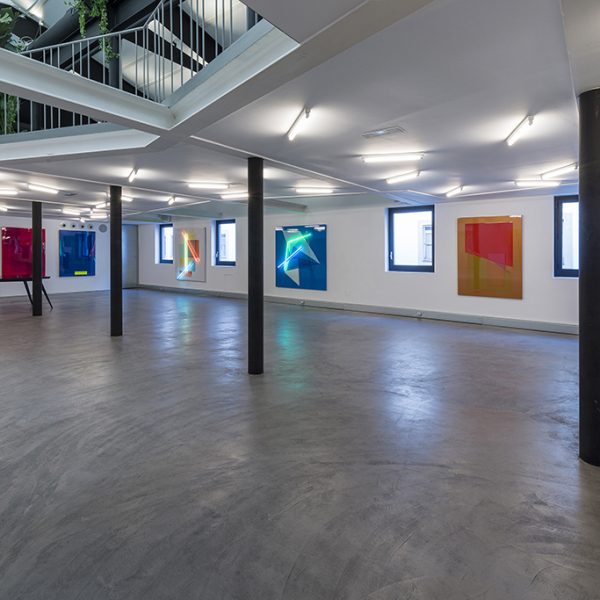 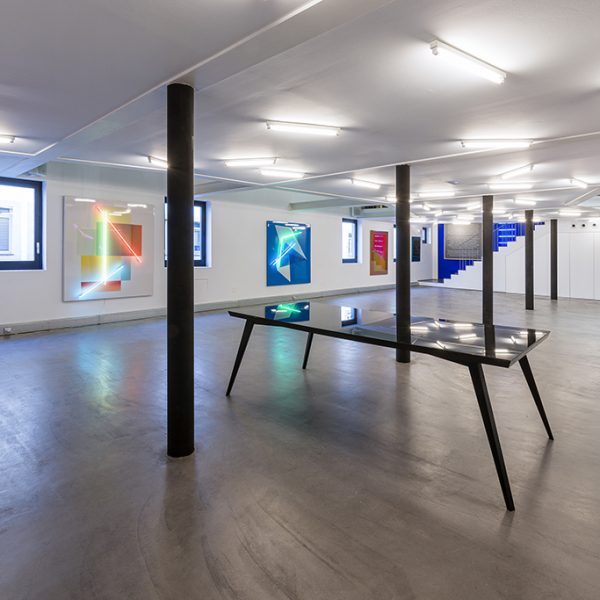 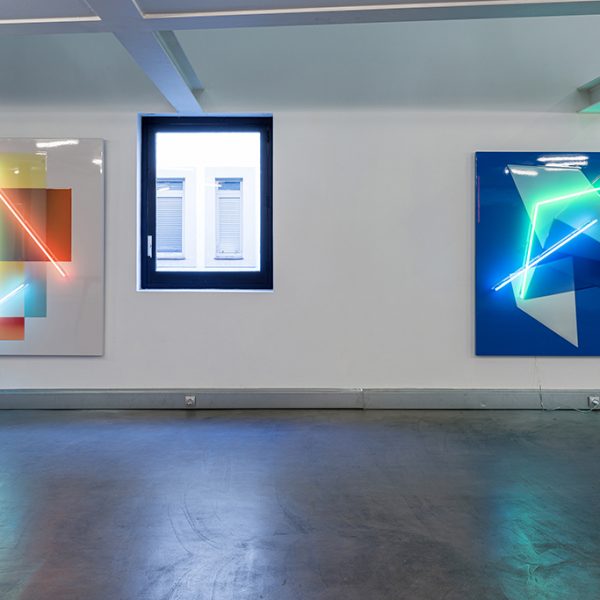 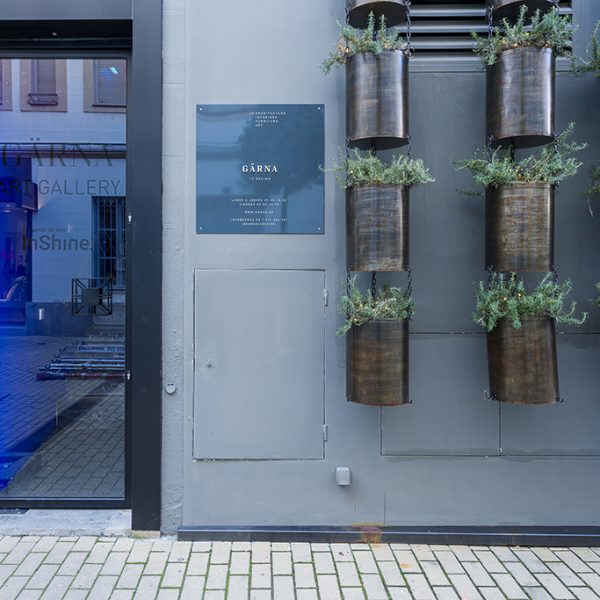